Adding hair removal to the list of things lasers are useful for is now a reality. If you’re tired of having to constantly shave and tweeze, or never want to suffer through the pain of waxing again, lasers are an alternative worth considering for hair removal. Laser hair removal is becoming the most commonly performed cosmetic procedure in the States as more and more people warm up to the thought of it.

The process of removing your hair with lasers begins at the follicle of the hair. The laser in this sense is a beam of highly concentrated light that is aimed directly at the follicle. The skin pigment in each follicle swells as it absorbs the light, thus preventing the growth of the hair within. This process will only affect the hair follicles that are in the growth process, leaving the dormant ones to rest in peace. There is no anesthesia required for treatment, as it often is a relatively simple and painless experience.

The area that the laser process can target is the most attractive part, as typically the areas are the sensitive parts of the body. Areas such as the underarm, the face, the bikini line, and other areas of the body are the main focus of those who typically have hairs removed via laser. Many people have tried before to remove the hair of those areas as painlessly as possible, but with options such as shaving and waxing there is simply no way to avoid pain. Using a laser to remove those hairs is the favorable option for the ease and comfort of the process.

Another benefit of a laser is the precision of the procedure. It is possible to remove only the dark hairs of an area, leaving the rest of the skin untouched. This is alien to the other processes, which target only a swathe of skin and remove mostly everything. Speed is also another huge benefit of laser removal, as an area the size of a quarter can be targeted every second. This allows treatments to small areas of the body, such as the upper lip, to require no more than a minute of the patients time. Larger areas, such as the legs or the back, can typically be done in under an hour.

There is also a lasting effect from using a laser. Typically after only three to five sessions, hair growth of the targeted area is permanently stunted. This is due to targeting the follicles that were growing, which each session getting a new batch of growing pores. After a handful of sessions, the body simply doesn’t have any follicles left in the growth stage leaving the skin clear.

The typical procedure is a similar experience for every patient. First the hair of the targeted area is trimmed as close to the skin as possible, typically within a few millimeters. Then the laser is calibrated to your exact hair type with changes made depending on the color, location, and thickness of the hair.

It is not uncommon for both the technician and the patient to have to wear eye protection, but do not worry: there is no real threat to your skin via the machine. Often a cooling gel will be applied to the area to help the light penetrate your chilled skin. Then typically a test pulse – one zap with the laser- to check for bad reactions. If there is not one, the full procedure is administered.

After the laser is used you will typically be given a cream to apply to the area. Your next treatment often will occur four-to-six weeks later, and treatments will continue until the hairs stop growing. 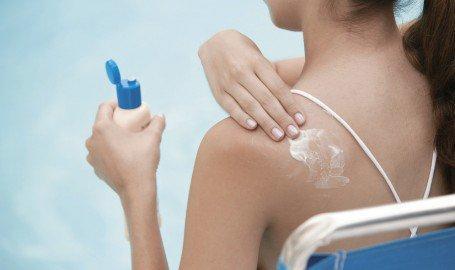 Our office is well versed in the many different skin cancers an individual can be diagnosed with.

The skin protects against infection, injury, heat, and sunlight. The outer layer of the skin is called the epidermis;